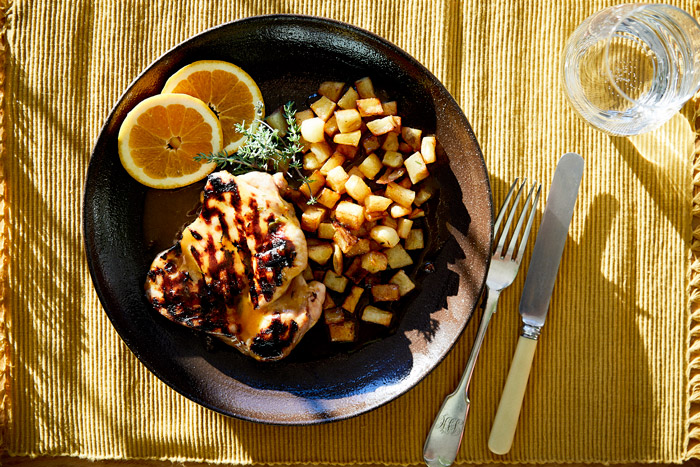 Succulent chicken in a delicious orange and Metaxa sauce accompanied by crisp, golden potatoes is an original Caruso recipe inspired by this world famous Greek spirit.

Chicken in honey, orange and Metaxa sauce has been my signature recipe for over 20 years. It is the dish for which all my friends and acquaintances asked for the recipe, and it started my first steps into the world of home gastronomy. My recipe has gone through many stages and variations over the years until its present day version; however, the basis remains the same.

The idea for this recipe first came to me in the early 1990s when I was working as Marketing Manager for the well-known Metaxa distillery. Spyros Metaxas, like every prestigious international drinks maker, had had the company’s chef create recipes which incorporated the two main brands of the company – brandy and ouzo – in order to promote them to visiting clients. I had the opportunity to taste the chef’s roast potatoes with Metaxa, which bowled me over. Soft and fluffy inside but crisp on the outside and full of sweetness from within. The chef told me she made them with honey, Metaxa, lemon, chicken stock and, of course, olive oil. 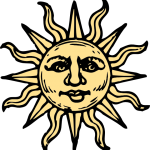 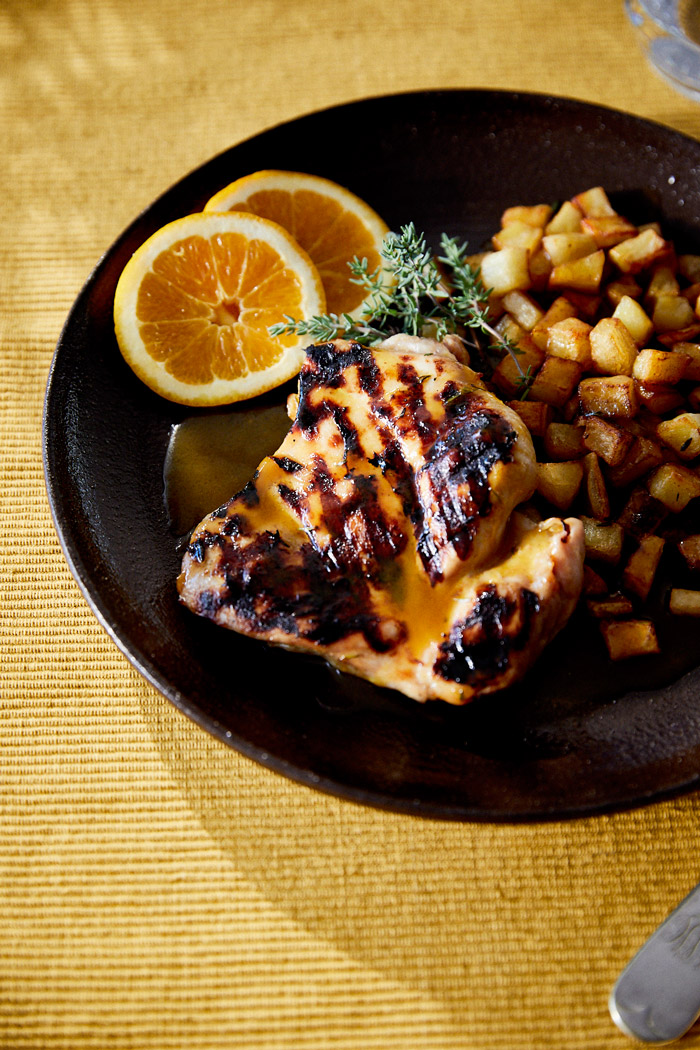 This recipe is written for sous-vide cooking, but by marinating the chicken fillets for two hours and then grilling them thoroughly, you can achieve the same result with conventional cooking methods.

Note: this is one of seven recipes, which have been selected by Neff, the top kitchen appliance brand, to be promoted to all countries of the world via their social media. I am extremely proud to have this opportunity to promote modern Greek cuisine to a very sophisticated international audience in this way. For this project, I was photographed and videoed making my chicken in honey, orange and Metaxa sauce by Neff’s official photographer, Katharina Bohm (http://www.katharinabohm.de/) from Berlin, so the photos you see in this article are her own, as well as the video.

1. Marinade and sous-vide the chicken
Combine the orange juice, Metaxa, honey and some of the thyme in a small bowl and mix well. Vacuum pack the chicken fillets and the marinade mix together. Select the sous-vide program on your Neff oven and put the bag inside for 1 hour at 70ºC. 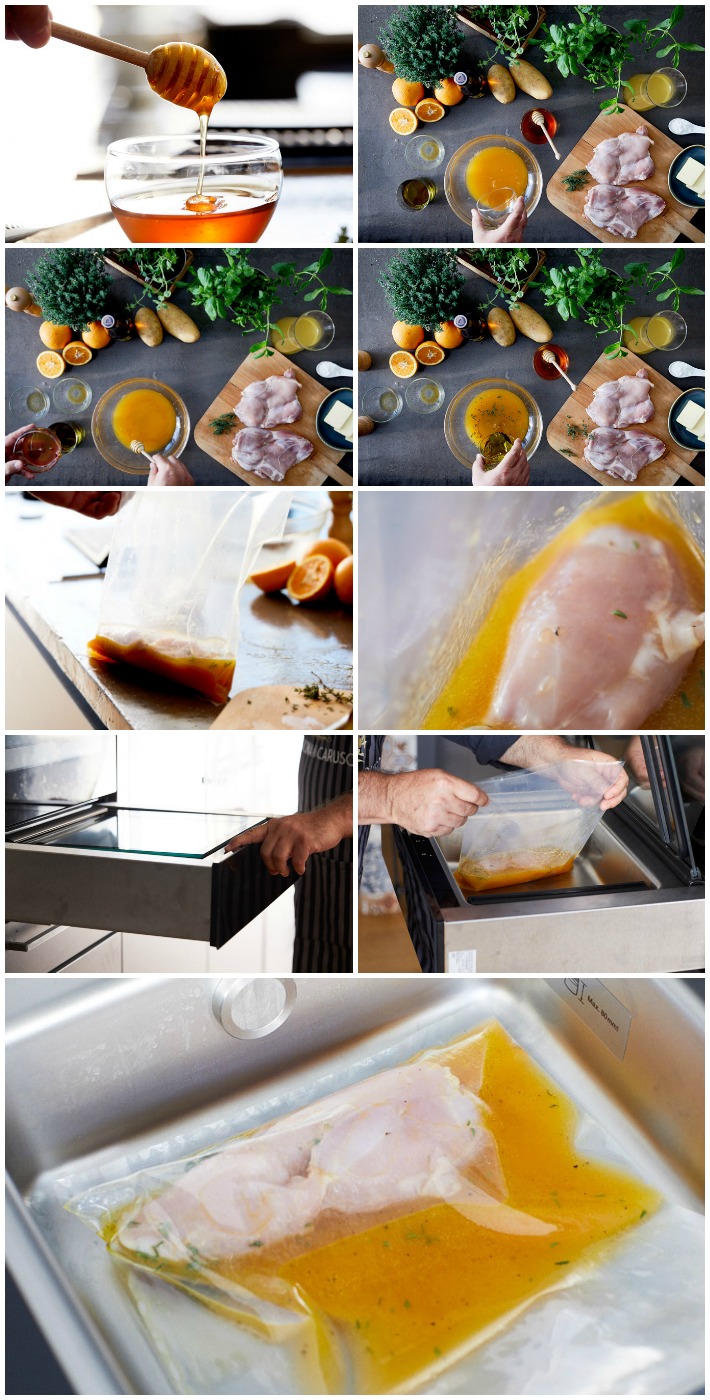 2. Prepare the potatoes
Parboil the diced potatoes for 10 minutes and strain. Mix together the olive oil and butter in a saucepan and fry the potatoes for approx.10-15 minutes until golden-brown. 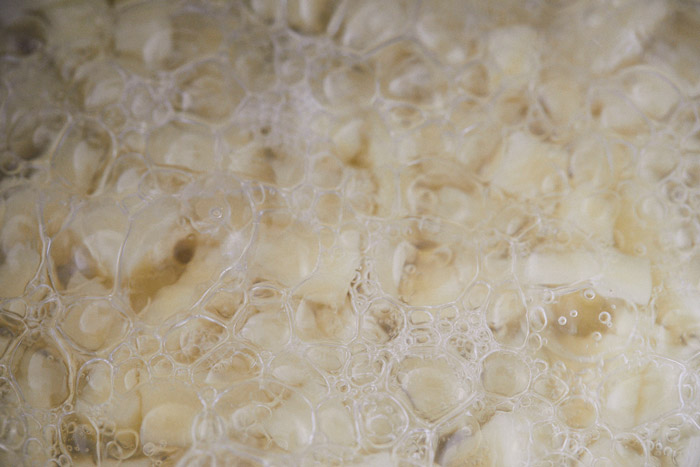 3. Prepare the sauce
Once the sous-vide is ready, cut open the bag, remove the chicken and tip the marinade out into a saucepan. Add butter and chicken stock and reduce on a high heat for 10-15 minutes, until the sauce has thickened slightly. If necessary, add the cornflour dissolved in 2 tbsp of warm water and stir into the sauce. 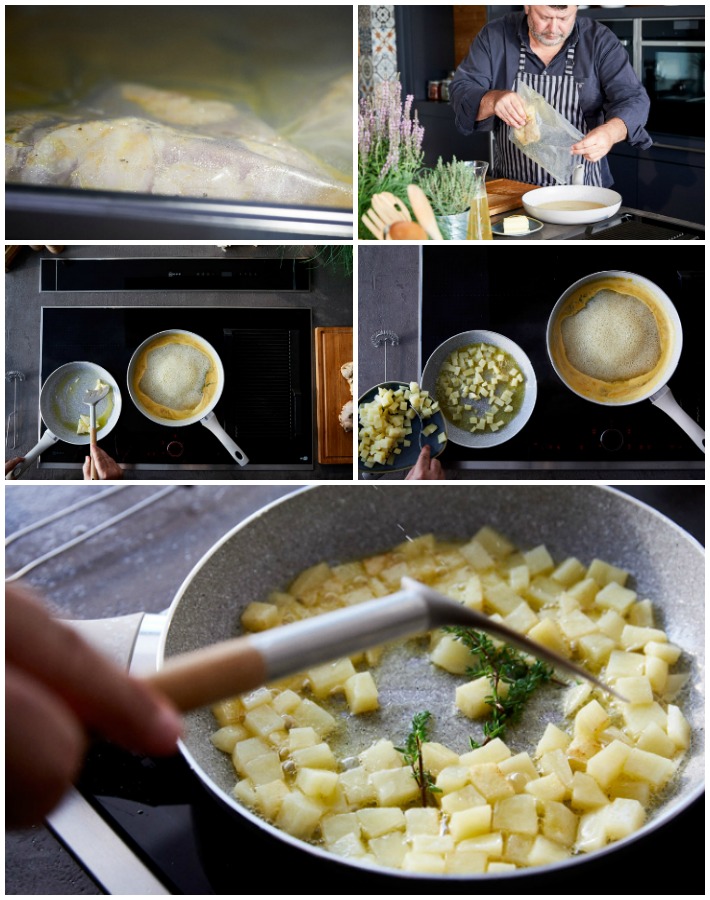 4. Grill the chicken fillets
Grill the fillets either on your Neff grill, or in a grill pan for 3 minutes each side until golden. 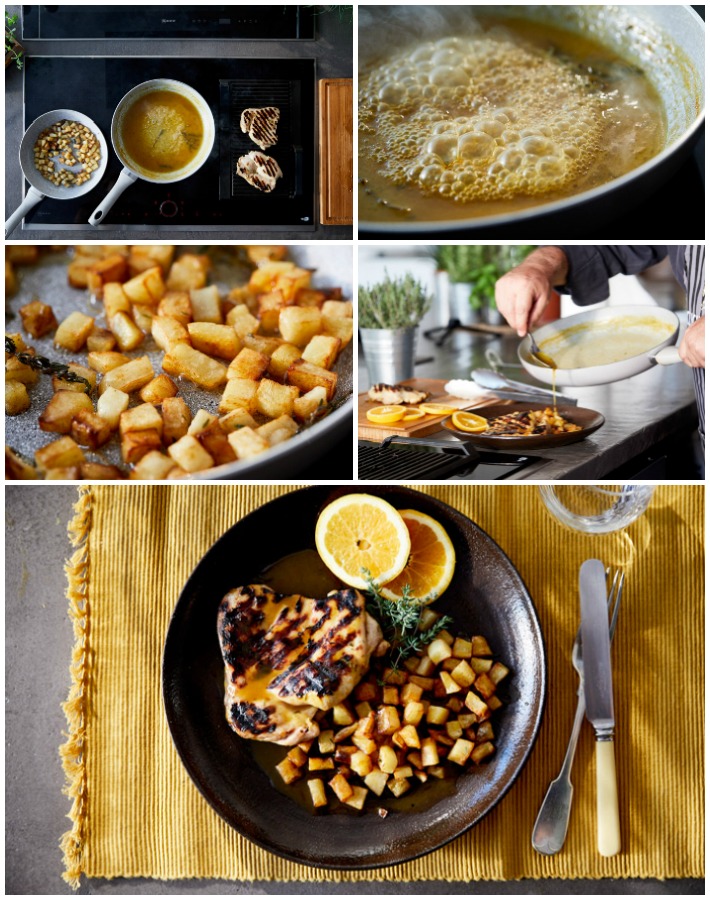 Put each chicken fillet into a serving dish. Surround with the fried potato cubes and drizzle all over with the sauce. Garnish with a couple of sprigs of thyme.

The 12 secrets to the ultimate Greek Salad (VIDEO)

Greek salad is by far the most popular Greek recipe worldwide. And it’s hardly surprising. After all, for most of…